NPA TERMINATES CEASEFIRE; GEARS UP FOR BATTLE VS GOVT TROOPERS 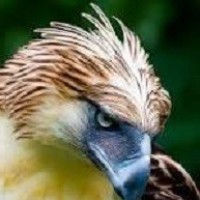 President Rodrigo Duterte was given the  “Man of the Year” award by The Manila Times.

The award for the President’s strong political leadership, was handed out during The Manila Times 5th Business Forum on February 10 held at Marco Polo Hotel in Davao City.

In his speech, The Manila Times Chairman Emeritus Dante Ang said The Times 2016 Man of the Year Award was given to Duterte for capturing the imagination of the Filipino people and setting off a dawn of new politics.

“Without money, organization, political party and big business behind him, he routed the candidates of the establishment whose campaigns were powered by guns, goons and gold, not to mention cheating poll machines,” he said.

Ang said Duterte was recognized as “Man of the Year” also because he is a simple man with no pretensions.

“He speaks his mind out. He is the ‘what-you-see-is-what-you-get’ type. He is a brilliant political strategist,” Ang said.

“Despite publicly announcing in early 2016 that he was not running for President, people did not abandon him. They kept their faith in him and voted him into office overwhelmingly,” he added.

Ang noted that Duterte, even before declaring his presidential candidacy, “had already caused considerable disruptions to the political arena and made the grounds shake and shift from under the feet of his opponents.”

“He is brash. He is politically incorrect. His private and public discourses are laden with his favorite word that begins with letter “P.” He has demonstrated the audacity to stand up to the superpowers in the name of an independent foreign policy that is pro-Philippines and friendly to all,” Ang said.

“Our Man of the Year is a man of integrity and conviction. Love him, hate him, he will do what he thinks is right and good for the Filipinos. His methods could be brutal at times but make no mistake about it, he has “pusong mamon,” a soft heart for the oppressed and the marginalized. He genuinely cares for the Filipino people and would offer his life in the service of the nation. Our Man of the Year is a true nationalist,” he added. MT